Low intensity resistance exercise (RE) with blood flow restriction (BFR) has gained attention in the literature due to the beneficial effects on functional and morphological variables, similar to those observed during traditional RE without BFR, while the effects of BFR on post-exercise hypotension remain unclear. The aim of the present study was to compare the blood pressure (BP) response of trained normotensive individuals to RE with and without BFR. In this cross-over randomized trial, eight male subjects (23.8 ± ۴ years, 74 ± ۳ kg, 174 ± ۴ cm) completed two exercise protocols: traditional RE (3 x 10 repetitions at 70% one-repetition maximum [1-RM]) and low intensity RE (3 x 15 repetitions at 20% 1-RM) with BFR. Blood pressure measurements were performed after 15 min of seated rest (0), immediately after and 10 min, 20 min, 30 min, 40 min, 50 min and 60 min after the experimental sessions. Similar hypotensive effects for systolic BP (SBP) were observed for both protocols (P < 0.05) after exercise, with no differences between groups (P > 0.05) and no statistically significant difference for diastolic BP (P > 0.05). These results suggest that in normotensive trained individuals, both traditional RE and RE with BFR induce hypotension for SBP, which is important to prevent cardiovascular disturbances. 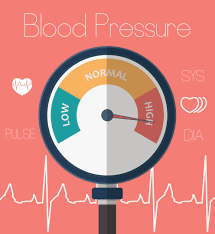