The purpose of this study was to investigate the effects of regular training on lymphocyte proliferation, plasma cytokine levels, and parameters of neutrophil and lymphocyte death in young women (YW) and middle-aged women (MAW). Thirteen untrained YW, 12 untrained MAW, 12 trained YW, and 17 trained MAW participated in this investigation. The characteristics measured were lymphocyte proliferation, plasma cytokine levels, and parameters of neutrophil and lymphocyte death (viability, DNA fragmentation, phosphatidylserine externalization, and mitochondrial depolarization). The lymphocyte proliferation of untrained MAW was 30% lower than that of untrained YW. The YW had a significant decrease in the viability of lymphocytes and neutrophil compared with that of MAW (p < ۰٫۰۵). The training prevented the loss of neutrophil viability observed in YW (p < ۰٫۰۵). By contrast, regular exercise caused increases in lymphocyte apoptosis in both YW and MAW (p < ۰٫۰۵) and neutrophil apoptosis in MAW only (p < ۰٫۰۵). The plasma concentration of interleukin-1ra (IL-1ra) was increased (fourfold) by regular activity in YW, and the IL-2 plasma levels were increased (twofold) in the YW compared with those of MAW. Lymphocyte function and cytokine release were impaired in MAW, and regular activity partially prevented these alterations. 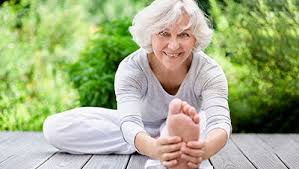 Effect of Maximal Versus Supra-Maximal Exhausting Race on Lipid Peroxidation, Antioxidant Activity and Muscle-Damage Biomarkers in Long-Distance and Middle-Distance Runners