Postmenopausal women may be more vulnerable to cognitive loss and Alzheimer’s disease (AD) than premenopausal women because of their deficiency in estrogens, in addition to their usually older age. Aerobic physical exercise has been proposed as a therapeutic approach for maintaining health and well-being in postmenopausal women, and for improving brain health and plasticity in populations at high risk for AD. To study the neuroprotective mechanisms of physical exercise in a postmenopausal animal model, we submitted previously ovariectomized, six-month old non-transgenic and 3xTg-AD mice to three months of voluntary exercise in a running wheel. At nine months of age, we observed lower grip strength and some exacerbation of the behavioral and psychological symptoms of dementia (BPSD)-like involving active exploratory activities. A similar major cognitive impairment was observed of ovariectomized 3xTg-AD mice in comparison with sham-operated 3xTg-AD mice. A reduction of bodily fitness and lack of retention of memory were observed in the ovariectomized non-transgenic mice. Physical exercise protected against all deleterious behaviors and normalized learning and memory. It also protected against body frailty, as expected. Analyses of hippocampal key markers of antioxidant and neuroplasticity signaling pathways, showed that ovariectomy impairs the activation of CREB through physical exercise. Furthermore, molecular and behavioral correlates suggested a central role of BDNF in the neuroprotection mediated by physical exercise therapy against apathy and memory loss induced by ovariectomy and the AD-genotype. 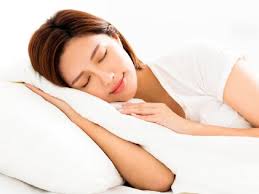