Oxygen Consumption of Elite Distance Runners on an Anti-Gravity Treadmill

Journal of Sports Science and Medicine

Lower body positive pressure (LBPP), or ‘anti-gravity’ treadmills® have become increasingly popular among elite distance runners. However, to date, few studies have assessed the effect of body weight support (BWS) on the metabolic cost of running among elite runners. This study evaluated how BWS influenced the relationship between velocity and metabolic cost among 6 elite male distance runners. Participants ran three- 16 minute tests consisting of 4 stages of 4 minutes at 8, 7, 6 and 5 min·mile−۱ pace (3.35, 3.84, 4.47 and 5.36 m·s−۱), while maintaining an aerobic effort (Respiratory Exchange Ratio ≤۱٫۰۰). One test was run on a regular treadmill, one on an anti-gravity treadmill with 40% BWS and one with 20% BWS being provided. Expired gas data were collected and regression equations used to determine and compare slopes. Significant decreases in oxygen uptake (V̇O2) were found with each increase in BWS (p < 0.001). At 20% BWS, the average decrease in net VO2 was greater than proportional (34%), while at 40% BWS, the average net reduction in VO2 was close to proportional (38%). Across velocities, the slope of the relationship between VO2 and velocity (ΔV̇O2/Δv) was steeper with less support. The slopes at both the 20% and 40% BWS conditions were similar, especially when compared to the regular treadmill. Variability in VO2 between athletes was much greater on the LBPP treadmill and was greater with increased levels of BWS. In this study we evaluated the effect of body weight support on V̇O2 among elite distance runners. We have shown that oxygen uptake decreased with support, but not in direct proportion to that support. Further, because of the high variability in oxygen uptake between athletes on the LBPP treadmill, prediction equations may not be reliable and other indicators (heart rate, perceived exertion or directly measured oxygen uptake) should be used to guide training intensity when training on the LBPP treadmill.
Key words: AlterG®, anti-gravity treadmill®, distance running, elite, oxygen consumption, LBPP treadmill 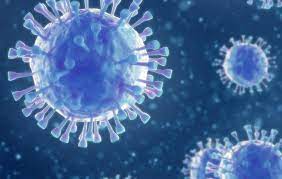 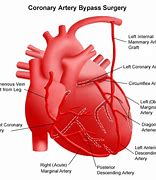